Robert R. “Rob” DeLarche age 64 of St. Charles passed away Friday November 11, 2022 at his residence surrounded by his family.

Rob was born October 17, 1958 in Chicago, IL. the son of Raymond and Lucille (Ferraro) DeLarche.

Rob had a passion for cars, and that’s stating it mildly.  He loved fixing cars and always aimed for perfection when doing so.  A 'come-back' car was to be avoided by doing the best repair from the get-go.  That was how he operated.  Rob was well-versed in the names, models and years of cars, even cars that were decades-old.  Rob owned and operated Express Auto in Carol Stream for many years and in his later years he conducted his car repair business from his home garage.

Rob was fanatical about his home's lawn maintenance and the hedge trimming.   People would frequently comment to him about having the best lawn in St. Charles.  Many people also commented on the perfectly trimmed hedges (seriously, who owns three hedge clippers?!).  The grass was never cut in the same direction twice in a row (tire marks on the grass were forbidden) and the hedge was cut perfectly straight.  As he would say, ‘No errant eyebrows’ sticking out from the hedge.  His wife, Cathyann, called him Mr. Level.  Rob was also highly skilled in fixing most anything whether it be a sewing machine, an appliance, electrical and plumbing, you name it.  His second nickname was Mr. Fix-It.

Every morning Rob fed the birds, cleaned and filled the birdbath.  Lunch was also served to the birds and any other critters that came onto the patio.  He named the birds.  The birds waited for him to come outside, flying out of the hedges and off the phone line, landing on the patio as he tossed them their favorite meal.  He always told his wife when the bird-food supply was getting low so he wouldn’t run out.  The local 7-11 store was his backup plan for bird food when getting his daily Diet Coke.  He referred to every ground squirrel as ‘Joey’.  One of his favorite birds was named Jake.  Rob fed Jake as a baby.  Jake would land on Rob’s arm or shoulder, waiting to be hand-fed.  A stroll across the yard with Jake sitting on Rob’s shoulder was a sight-to-be-seen.

Rob had a fantastic sense of humor.  He made his wife laugh nearly every day of their 30-year marriage and gave her enough love to last her for the rest of her life.  He always referred to her as ‘My Love’.  Rob also had a great memory, even being able to recall childhood through adult incidences that he loved to share.

He was preceded in death by his parents Raymond and Lucille DeLarche and two brothers Ray and Ron DeLarche.

Visitation will be held Saturday November 19, 2022 from 2:00 pm until the time of his Funeral Service at 5:00 pm. at the Malone Funeral Home 324 E. State St. (Rt. 38) Geneva.  Dinner will be served in the dining room after the visitation and sandwiches and beverages during the visitation.

Burial will be held Monday November 21, at 1:00 pm at Mary Queen of Heaven Cemetery in Hillside. 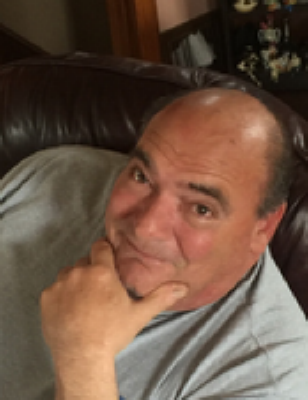