Share a memory
Obituary & Services
Tribute Wall
Read more about the life story of Glen C. and share your memory.

Glen C. Crosier, age 77, of Geneva, passed away Thursday, November 17, 2022 at Northwestern Hospital with his loving family by his side.

Glen, although an only child, grew up surrounded by numerous cousins, aunts and uncles. He was very close to his Uncle Jack Reece, who was more like a brother. He graduated from South Side High School in Ft. Wayne, IN and attended Indiana University in Bloomington for 2 years. He then went on to receive a Bachelors degree from Ft. Wayne Bible College and a Masters degree in Sociology from the College of St. Francis where he met his wife Sonia (McCormick) Crosier. Glen started his career in recruiting in Erie, PA, then management at MRI in Kansas City. He would often share stories with almost anyone of his work trips to Algeria and his international adventures in cities like London, Paris and Athens. In 1989, the family relocated to New Lenox, IL where Glen worked briefly for Arthur Anderson of Chicago before becoming Chief Financial Officer for The Council for Jewish Elderly in Skokie for 10 years. He was most proud of the work he did for CJE and the lifelong friendships he made there. Glen’s second chapter was spent living and working in southern California with second wife Carol before retiring to Geneva in 2010.

Glen had an affinity for motor sports like NASCAR and drag racing, having owned, rebuilt and drag raced several cars while living in Lenexa, KS. He always owned a motorcycle or two, riding them up until last year. One of his favorite day trips was to Marengo to visit with his friends at Randy’s Cycle. He recently joined Moose Lodge #682 in Batavia after being invited by a dear family friend. He also loved to travel and felt most at home driving through the Great Smoky Mountains of Tennessee. Recently, he insisted on attending his daughter Angele’s tennis matches where she plays for the Top Spinners at Vaughan Athletic Center. Nothing, however, could compete with his grandson Nathaniel’s soccer or flag football schedule. Grandpa was his biggest fan and they would often hit up Dairy Queen after games. As a faithful patriot of the USA, Glen was especially proud of having attended his granddaughter Katerina’s commissioning ceremony as a Marine Corps 2nd Lieutenant in December 2020 despite a raging pandemic.

He is survived by his children Angele (Paul) Byskosh of Geneva and Ben (Amy) Crosier of Overland Park, Kansas; 5 grandchildren, Katerina (Jackson Franco), Nathaniel, Kruz, Cooper and Emma whom he loved with all his heart, and many other dear relatives and friends.

He was preceded in death by his parents, most recently by his mother Ruth on October 20, 2022.

The family would like to thank all the physicians, nurses, aides and staff at Delnor Hospital in Geneva and Northwestern Memorial Hospital Prentice & Galter ICU for their exceptional compassionate care. In particular, we are forever grateful to Glen’s longtime primary care doctor, Dr. Eng and his cardiologist Dr. Kinn.

Visitation will be held Tuesday, November 22, 2022, from 4:00 pm until the time of his funeral service at 7:00 pm at Malone Funeral Home, 324 E. State Street, Geneva with Pastor Andrew Griffiths officiating. 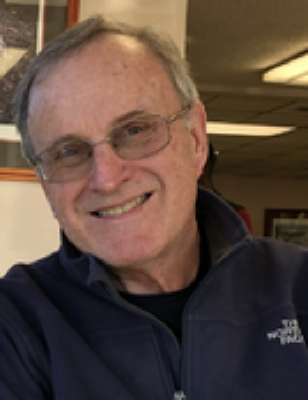